We know that California is earthquake country, California is home to two-thirds of all earthquake activity in the United States and most Californians live within 30 miles of an active fault. Living in the Bay Area, there is always this lurking question that pops up once in a while, “Is today the day?”. But if you have gone through the home buying process here, did the “earthquake factor” ever come up in the process? Did you speak about local earthquake risk and earthquake insurance solutions with your realtor? And is there a difference between earthquake insurance for a traditional home vs. a condominium? Perhaps some ” Bay Area Earthquake History 101″ will prove why this is a topic to always talk about.

Our Past With Earthquakes

The Bay Area was a beehive of seismic activity throughout the 19th century. From 1838 to 1898, the region was rocked by a half-dozen major earthquakes. The smallest of them was a 6.3 shock in Santa Cruz. Then early in the morning of April 18, 1906, San Francisco was shaken by the biggest earthquake ever recorded in the state. A magnitude 7.9 tremor triggered fires that devastated 80 percent of the city. As many as 3,000 people died and two-thirds of the population was left homeless. It would be fifty years before the earth moved again. 1957 brought San Francisco’s “Forgotten Quake.” The city rocked for 30 seconds. One person was killed, and 40 were injured but the damage was minimal and largely confined to Westwood Village in the western part of the city. In 1984, the Calaveras Fault came to life. The epicenter of the 6.2 magnitude quake was 10 miles north of San Jose but the town of Morgan Hill suffered the greatest damage. 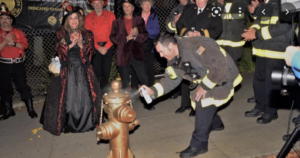 Five years later, the Loma Prieta quake revealed the scope of the Bay Area’s vulnerability. The Bay Bridge damage paled by comparison to the collapsed Nimitz Freeway in the East Bay. 23,408 homes were damaged in the Loma Prieta earthquake.  Forty-two people were crushed in their cars. San Francisco’s Marina District, built on a landfill from the 1906 quake, suffered catastrophic liquefication as homes collapsed and gas lines ignited. $20 billion in property damage was caused by the 1994 Northridge earthquake.  At 3 a.m. on Aug. 24, 2014, the Bay Area’s biggest jolt of the 21st century hit Napa County. The quake took a heavy toll on vineyards as well as Napa’s historic buildings.

Living and Buying In Earthquake Territory

But what about if you are buying a condo?

If you are buying a condo, you own your particular home from the walls-in (see our blog post Modern Condo Buildings In San Francisco) and a percentage of the common areas that are managed/owned by the Homeowner’s Association (HOA). Major building systems like the foundation, retaining walls, roof, and all the others are owned by and must be insured by the HOA. In other words, either the HOA has earthquake insurance for the entire building and the homes within or it doesn’t have it for anyone. Condo owners can’t individually take out an earthquake insurance policy because they don’t own the entire common area structures that need insurance. It has to be a collective HOA decision.

Earthquake insurance, as you might expect, is not inexpensive. And that is the typical reason that most people or HOA’s decline to get HOA coverage. While premiums for a single-family home will vary based on a number of factors, earthquake insurance coverage tends to add at least several hundred dollars a month to the HOA dues, although it varies by the number of homes in development to share the costs.

Which Buildings in SF Have Earthquake Insurance?

The below lists contains buildings we believe have or have had earthquake insurance. An HOA can decide, by vote, to stop earthquake coverage or otherwise change insurance.

Full List of Buildings Believed To Have Quake Insurance*:

*This list is believed to be reasonably accurate as of August 2022 and was last updated in August of 2022. Please verify the current earthquake insurance status of any HOA (and anything you read on the internet). It will save you time and grief (and save our democracy). We’ve hyperlinked to buildings that have pages on our site for additional building information including recent sales and homes currently for sale in the building.

As you look to buy your next home in San Francisco, talk to our experts. We have honest discussions about earthquake risk and the many other factors that go into a successful and stress-free home purchase.