… in this case, sometimes both things can be true!

In the Bay Area, gates and barriers protecting the entrances to our homes and condominiums are necessary and sometimes frustrating parts of daily life. Keeping doorways and entrance areas safe for public egress, and making sure Amazon and other packages have a safe place to wait is part of our modern thinking.  But there is a long history of gated homes, and as always, San Francisco has found some creative and unique ways to customize this home necessity.

In Victorian times the creation of attractive and impressive houses was the order of the day and this included garden paths which were often decoratively tiled, gates and railings, a statement of affluence and well-being. Wrought and cast iron Victorian gates and railings are a common feature of terraced houses across the country and were installed to mark the boundaries of houses from the public highway and to provide a level of security.

Traditional ironwork is often styled to reflect the architecture of the house and is an important unifying feature when used as decoration, balustrades, or railings and gates to terraces. During the Victorian era, there was a huge demand for decorative cast iron gates and railings – Victorian designs represent a ‘gracious era’ when manufacturers took time to produce quality and long-lasting decorative items. By the late 19th century there were catalogs of mass-produced cast iron railings and gates for the wealthier Victorian householder to choose from.

Many railings and gates were removed during World War II, ostensibly to be melted down in a morale-boosting drive to help the war effort. The reality was that the iron could not be reused and more often than not it was simply dumped at sea. Other railings that survived this fate may now be poorly maintained or subject to poor quality repair work. Interestingly the Victorian iron railings were allowed to stay wherever there was a drop behind them down to a basement level, obviously to protect people from falling in during a blackout.

Wrought iron is malleable whereas cast iron is brittle and tends to crack and split under stress. The ability of wrought iron to bend without breaking means the original material can usually be straightened and reused rather than replaced.

Various colors have been found on historic ironwork. In the first half of the nineteenth century ‘invisible’ greens (so called because they would blend into a background of foliage) or stone colors were used for fences, gates, railings and garden furniture. In 1840 Humphrey Repton recommended a ‘bronze’ finish, made by powdering copper or gold dust on a green ground. Green was used throughout the mid-Victorian period but dark blue, red and chocolate brown were also popular.

Arches in architecture offer a classical appeal because they are reminiscent of the great buildings of ancient Greece and Rome. You can recreate this classical appeal in your wrought-iron gate by choosing an arched top.

Arches can range from a gentle arc that spans across a double gate to a semi-circle at the top of a garden gate. Likewise, you have many options in ornamentation. You could choose double rails, which can feature simple circles or pickets in between. The designs between the rails can also be very elaborate. You could also have the arch finished with sharp finials for extra security.

Because of the classical nature of the arch, arched top gates often complement historical homes such as Victorian, Georgian, and, of course, neo-classical buildings. If you have any arcs in your house’s architecture, try to match the slope with the top of your gate.

While the arched-top gate is a classic, wrought-iron gates also come with a straight top instead of an arch.

As with the arched top, these gates can come with a double rail on top. The iron work between the two rails tends to be simpler, either in circles or pickets, though geometric grid patterns do feature on some gates. Straight-top gates often feature pointed finials for security, especially since they don’t have the slippery slope of the arc to deter climbing.

The overall design of straight-top gates is often minimalistic, which is a hallmark of modern style. Therefore, these gates are ideal for any style of the contemporary house.

Because wrought iron was once handmade, artisans often personalized their work, creating beautiful works of metal art. Though wrought iron is now made on a machine, the process still affords you many customization options.

The wrought iron can be worked into elaborate designs with curls, arcs, and flourishes. You can even find representative ornaments, such as leaves and birds. Likewise, it’s possible to customize your gate with medallions, which can add another layer of elaborate ornamentation. Finally, you can have the details enhanced with powder coating, such as gold-topped finials.

A traditional ornamental gate complements historical homes. However, you can customize the gate so it matches different home styles, such as Mission or Mediterranean.

Most wrought-iron gates feature the top and bottom rails spanning between the gate posts. The vertical area between is filled with pickets, which means you can see through the gate to the property beyond. If you want more privacy, you might choose a closed metal gate.

With a closed metal gate, the pickets and ornamentation that characterize wrought iron remain the same. However, the manufacturers back the gate with a sheet of metal that conforms to the shape. You can choose a gate to match any house style.

Your gate doesn’t have to be made of just metal. Another method of adding privacy is by incorporating wood into the structure.

Typically, wood and iron gates feature a wrought-iron frame with wooden pickets. The wrought iron at the top can be ornamental, and you may see decorative hinges thrusting into the wood façade. However, you could choose a stark contrast between a bold iron frame and straight wooden slats.

If you choose ornamental iron and hinges, your wood and iron gate can complement traditional styles of houses. However, the boldly contrasting gate would be a stylish finish for a modern property. 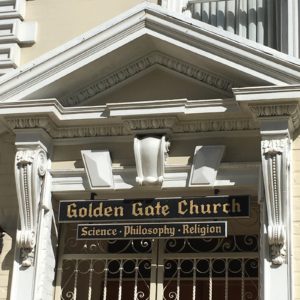 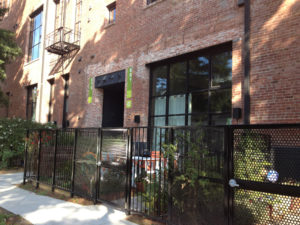 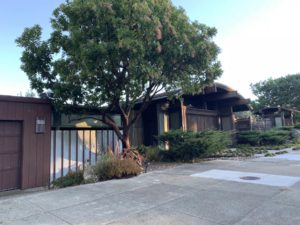 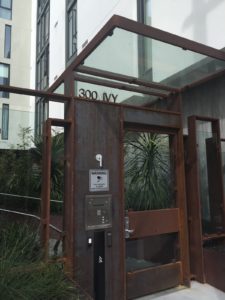 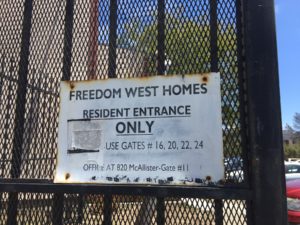 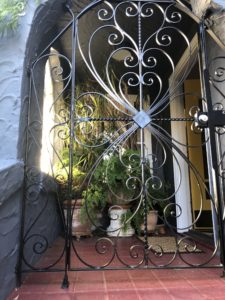 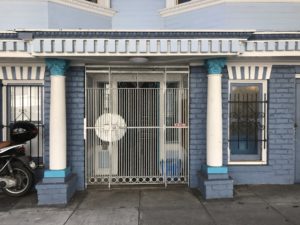 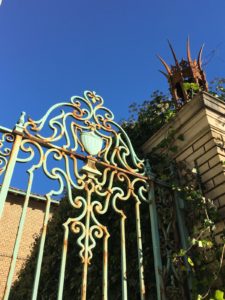 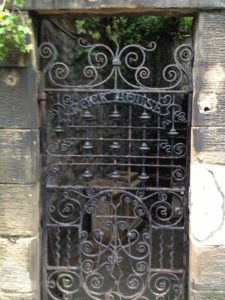 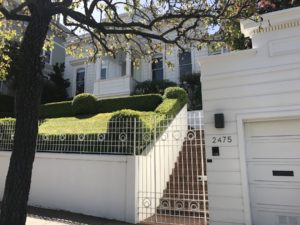 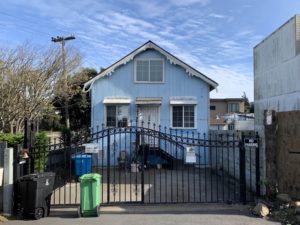 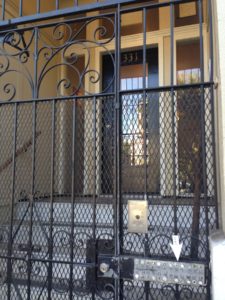 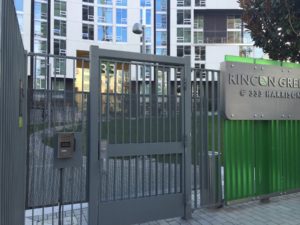 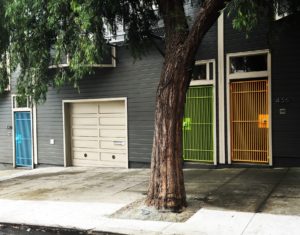 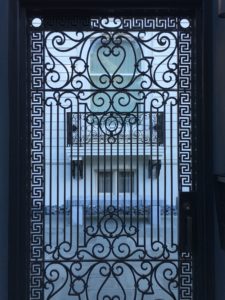 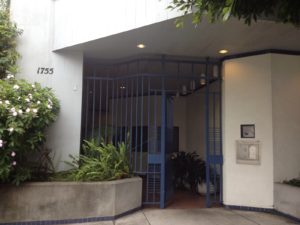 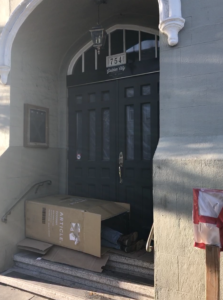 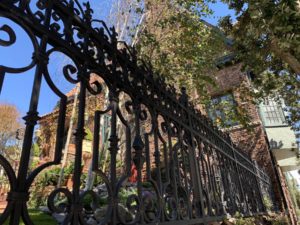 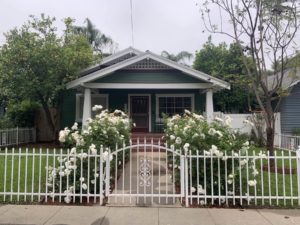 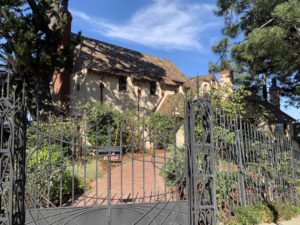 The Gate Matches the Fence

Gates or not, Jackson Fuller can help you find the home is San Francisco that is perfect for you. Hit the button below to find out more.