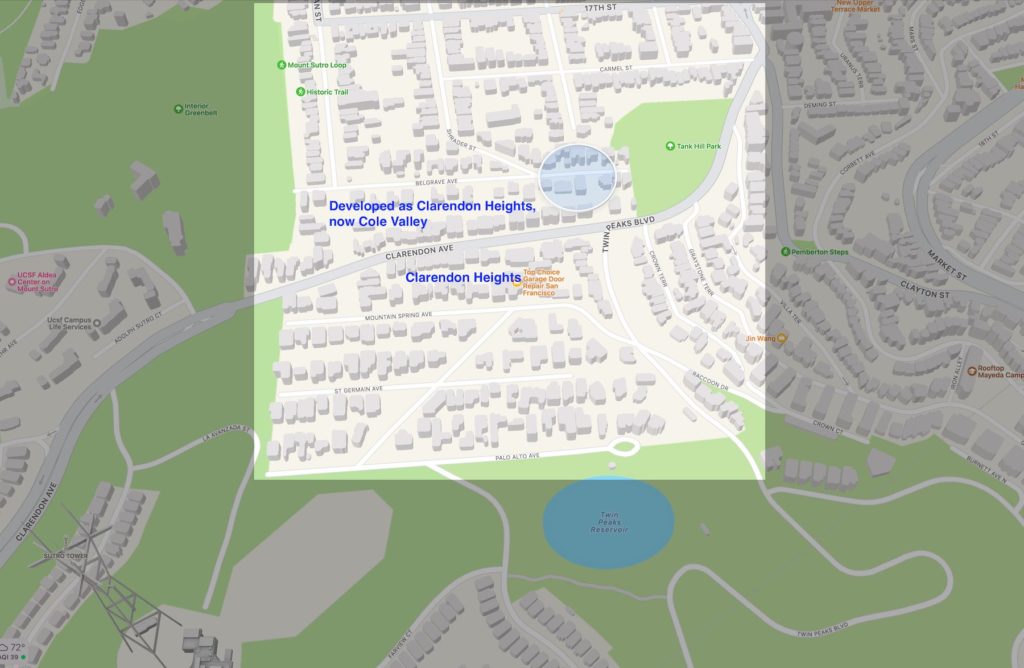 If you’ve ever wondered why Cole Street dead-ends at the base of a rocky cliff and Stanyan and Shrader dead-end at a two-block street that goes from a hike/bike trailhead at Sutro Forest to a hike/climb staircase at the bottom of Tank Hill, here’s the best answer I’ve been able to find: 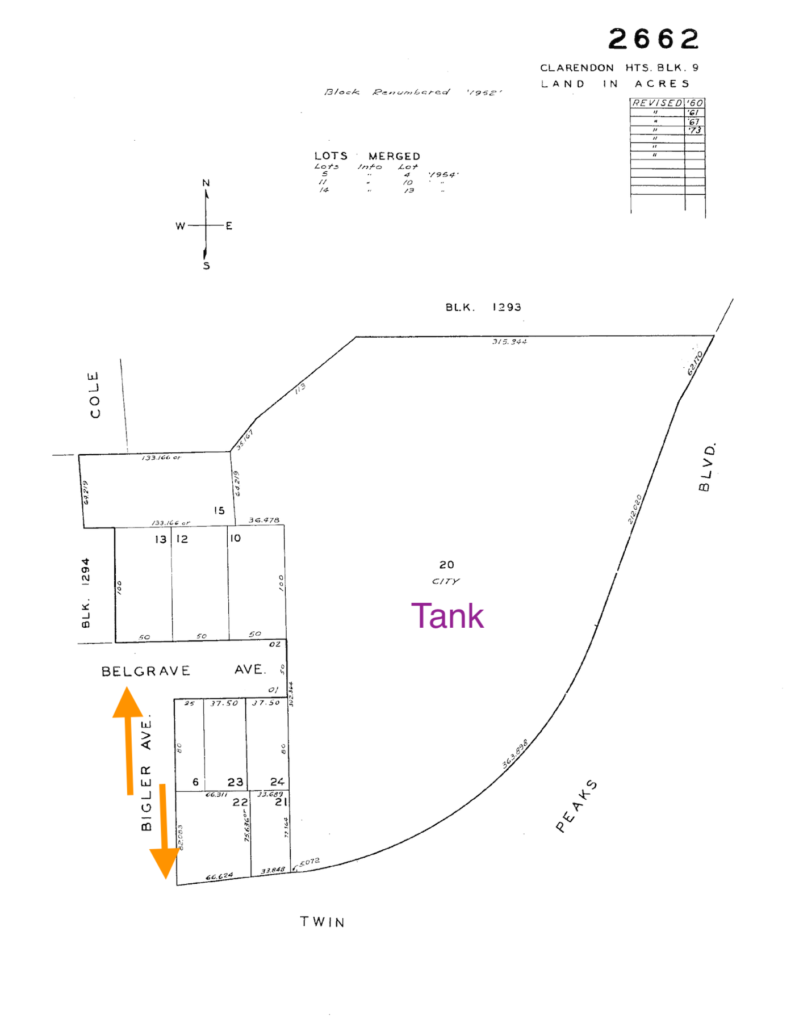 Which gives someone an opportunity to create their own $10,000,000+ view home at 40 Belgrave atop Cole Valley. Or at the base of Clarendon Heights. No matter how you classify it, the views are stunning and the Avenue is special, even for San Francisco.