Generally speaking, in the state of California, you can think of short-term rentals as 30 days or less. Long-term “traditional” leases typically begin with a one year agreement. Which leaves everything in the middle… Typically called “corporate housing” or something similar, it typically involves providing a furnished home for an intermediate length of occupancy great than 30 days and less than one year leases.

They’ve been a part of the San Francisco rental market for decades and have generally generated very little controversy. That is, until the construction of 2100 Market Street at the edge of the Duboce Triangle neighborhood. 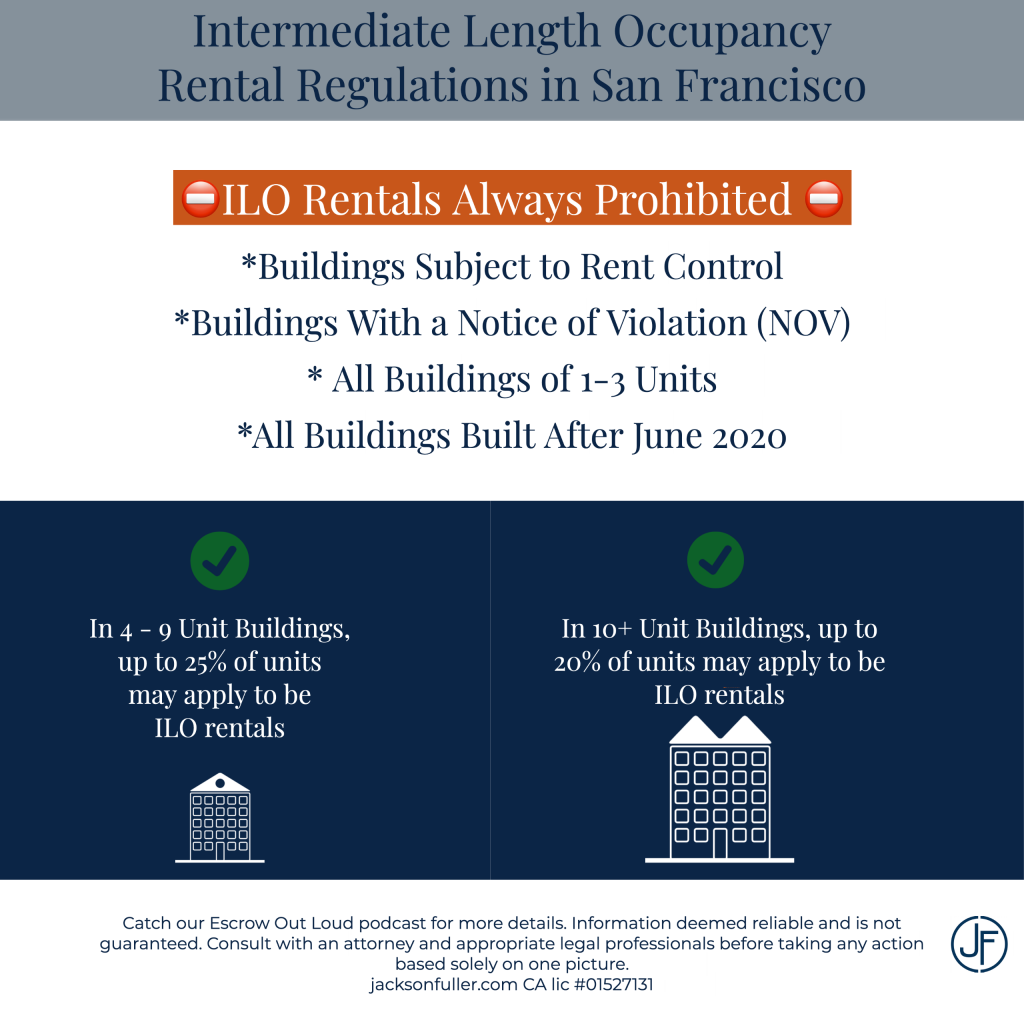 How Did We Get Here?

Call it a corporate rental, call it an ILO, call it intermediate length occupancy. Whatever you call it they’ve been around for a long time, and have generally not attracted the attention of city lawmakers. A recently built building changed all of that. A local developer applied for a building permit to build a roughly 60-unit apartment building at the edge of Duboce Triangle. Neighborhood approval took forever… and from the neighborhood association to the planning department, everyone thought they had approved a 60 unit rental building with the mandated below market rate rentals to meet our inclusionary housing requirement. They also thought that the tenants in the building would be long-term San Francisco residents on “traditional” lease timeframes which are typically begin as one year leases.

Upon completion of the building, the builder did not rent to neighborhood residents, but instead signed a lease for all of the units (except the legally mandated below-market rate rentals) with a company called Sonder, which specializes in intermediate rentals. Sonder’s plan was to then turnaround and fill up the building with folks staying for more than 30 days and less than one year for an amount of money that far exceeds what a building owner would typically receive from a year of long-term market-rate leases.

Neighborhood (Matt wrote an article for a local paper about the issue) and lawmaker outrage ensued, arriving at this ridiculously poorly thought out hack of a rental regulation law. As of January 2021, Sonder is having some challenges and the entire business proposition, not to mention the relationship, was pretty much destroyed by the pandemic. Which means, as of January 2021 we still have a 60-unit apartment building that is mostly empty in a city with a massive housing shortage and homeless crisis. Well done, everyone!

I hope you’ll take the time to listen to the podcast, where local attorney Brett Gladstone discusses the resulting intermediate lengthy occupancy law (ILO) and its implications for property owners in San Francisco. While his answers are incredibly helpful, the over-all law and it’s enforcement over time remains clear as mud. If you own a property that may be impacted, we definitely hope you’ll reach out to Brett or another reputable San Franisco real estate attorney.