Built in 2016, 72 Townsend St. is home to 69 residences in the South Beach neighborhood in San Francisco. The site was originally home to Hooper’s South End Grain Warehouse, built in 1874.

Home sizes at 72 Townsend St. begin at about 600 square feet and range from up to almost 2,900 square feet. Homes are available in one-bedroom, two-bedroom, and three-bedroom layouts. Building amenities include an attended lobby and hospitality lounge for residents.

The Embarcadero and Muni Light Rail in Front of Bay Bridge

MLS# 421593345
What a steal! Situated in the vibrant South Beach, amongst the best hub of culture, restos, scenery & entertainment SF has to offer. 72 Townsend is a bldg. w/a distinctive design, using bold & natural materials, while preserving some historic...

The homes of 72 Townsend rise behind a historic facade in a mid-rise (nine-story) building clad in red metal and glass. The site was originally home to Hooper’s South End Grain Warehouse, which was built in 1874. The development retains the historic facade as a decorative element with the homes being in a completely new building that is set back and rises from behind the original building facade.

The development, before construction, exchanged hands several times. It was originally in the hands of the developer that built Symphony Towers on Van Ness, but after they declared bankruptcy it was purchased by Simeon and then subsequently sold to KB Home.

Parking
One garage spot for each home. 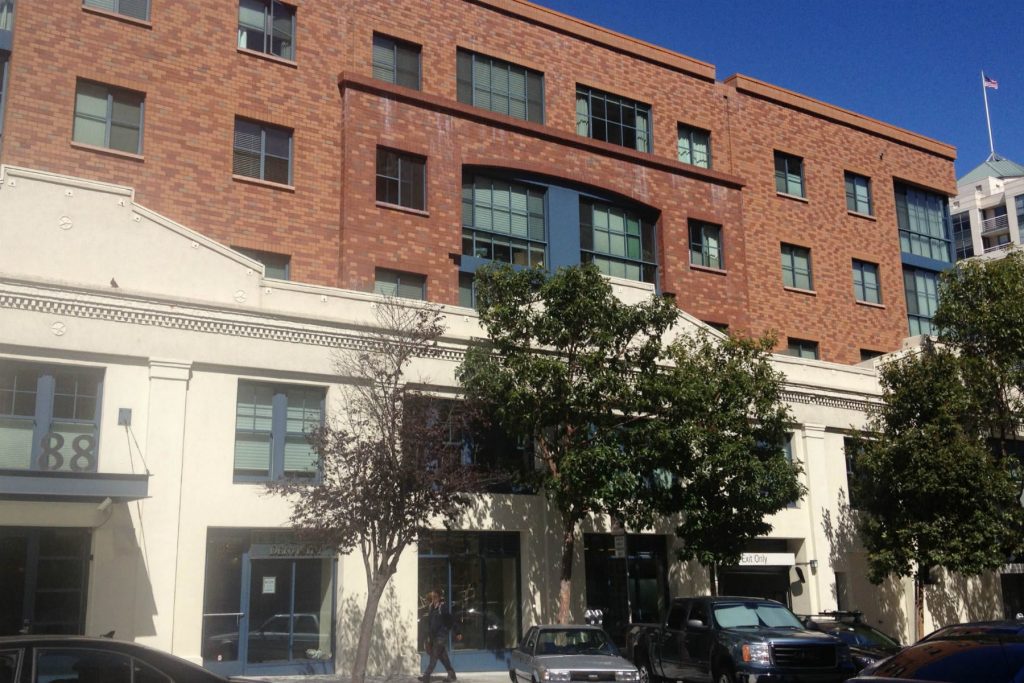 88 Townsend “An exceptional South Beach location, steps from the ballpark, South Park, and the Ferry Building.” – Matt Originally built as a warehouse in 1882, the site was almost entirely demolished with t... 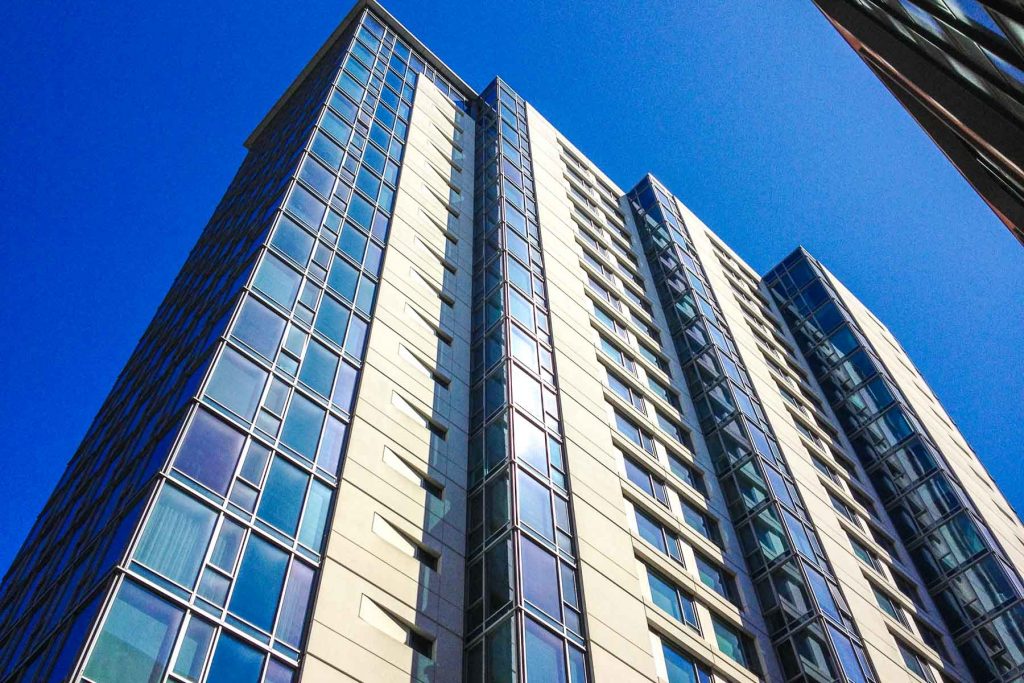 Blu SF | 631 Folsom “A vertical boutique experience filled exclusively with two-bedroom or larger homes.” – Matt Built in 2009, Blu SF at 631 Folsom St. is home to 114 residences in the Yerba Buena neighborhood of ... 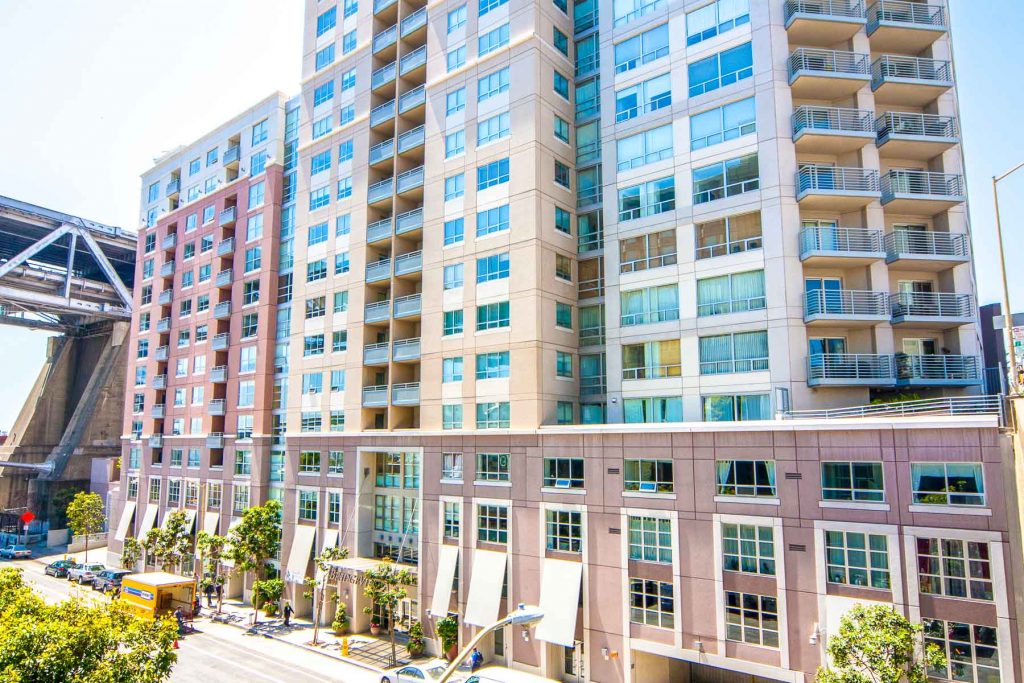 Bridgeview “The South Beach pioneer for full-service attended luxury living.” – Matt The Bridgeview, completed in 2002, is home to about 250 residences at 400 Beale St. in the South Beach neighborhood of S...